Ready Whenever You Are, C.B. 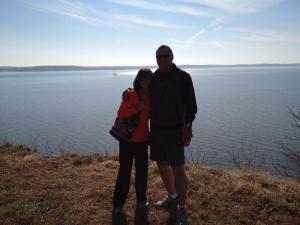 My Dad used to tell this joke about Cecil B. DeMille, a movie director and producer from the old hollywood era, who made big elaborate movies, like the Ten Commandments.  The joke (as my Dad told it — and as he has corrected me since I originally posted this…) had DeMille checking in with all the members of the film crew before a big scene, and everyone saying, “Ready whenever you are, C.B.” … and then after DeMille yells “ACTION!” and the whole scene plays out, … after all these major preparations had been made so that 10,000 extras could charge on foot and on horseback into the battle scene, … DeMille checks back in with the cameraman who had the long and most important shot that showed the whole view of the action to ask him how it looked… and he says, “Ready whenever you are, C.B.”

I’ve used this line with my husband, Craig Barnabee, throughout our life together. Usually, it’s because he’s the action guy, and I’m the sure-why-not girl. I don’t always know where we’re going, but I’m happy to tag along.

Next Monday, March 24, my husband and I celebrate our 25th wedding anniversary. We aren’t having a big party or anything. We did that two years ago. It probably seemed weird at the time — throwing a big celebration for our 23rd. But it was perfect in every way. For example, that year, winter was remarkably warm, making it possible for people to hang out on our deck, with a nice view of the water. Our daffodils and cherry blossoms were in full bloom. It was amazing. Our anniversary fell exactly on the Saturday of the party, and some friends from out-of-town were able to come. This year, snow is on the ground, and we’re all wondering if Spring will ever arrive. So, I’m really, really glad we did not decide to wait until this year for a big celebration.

Still, some people probably wondered why I wanted to have a big party that year. Well, it’s not something I’ve really talked about on this blog, although I probably should…

Having just donated a kidney a few months before our anniversary, I was feeling like every second counts. When you make the decision to become a living donor, you have to take the other people in your life into consideration. You are deciding to accept the risks, but are they? What are you possibly setting them up for? Could there come a day when your decision leaves you with compromised health and that person has to care for you or even just deal with whatever accompanies that? I didn’t want to wait to celebrate. I wanted to do it right then. 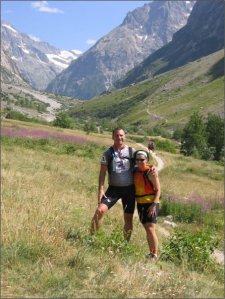 We never had a wedding. We eloped while we were stationed in Japan. So, I had always dreamed of having a big anniversary party someday. It was going to be our 50th, or something really remarkable like that. But in 2012, I decided 23 was remarkable enough, given that we couldn’t know what the future holds.

Luckily, we are still here, going strong. Stronger than ever, perhaps. It’s important to admit here that our marriage has had its ups and downs. We even separated for a time. And as painful and sad and lonely as that time was, I wouldn’t trade it for the world. I learned so much when I stepped back and looked at what our life had been and realized how I had been living it all wrong. I expected everything from Craig without ever really giving of myself. I took so much about him for granted, and then I was confused when he wasn’t happy. And now, I pray, pray, pray that I don’t ever forget those lessons. One lesson, interestingly enough, has a lot to do with triathlon…

Something Craig complained about back when we had “issues” was that I didn’t have any hobbies and I never did things with my own friends. I was always waiting for him to do everything with me. The only hobbies I really had were reading (solitary), writing (solitary), and running (solitary). So, I just didn’t go out and socialize that much. I also loved listening to music, though. So, I tried to branch out in that way. He and I would go listen to live music here and there, and if he didn’t want to go, I’d go with friends.

So, you may be asking, “What the heck does this have to do with triathlon?” Well, the thing about triathlon was that it was Craig’s hobby. And I never saw myself getting into it. I wonder if that’s how he felt about my music hobby. But what’s cool now is that he’s a little more into music, and I’m way more into triathlon. So, these are things we can enjoy together. But the great thing is, neither of us feels like we are giving up something for the other. And, if he wants to go for a bike ride alone, or I want to sit around listening to music with my headphones on, neither of us feels locked out. We both get it. 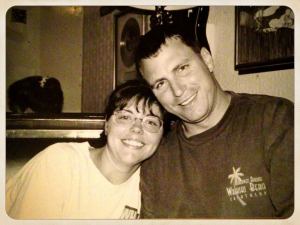 However, even though I’ve always thought of triathlon as Craig’s hobby, I recently realized how personal it has become to me. I started reading “Triathlon for the Every Woman”, by Meredith Atwood, of SwimBikeMom.com fame. And I couldn’t believe that I was on the verge of tears while reading about the point at which she decided to become a triathlete. Seriously, I was getting a pedicure and reading this book, and I was fighting back tears. No one else in the salon could have possibly imagined the hurricane of emotions that was going on inside my head.

What’s crazy is that, aside from Triathlon and the fact that she is from Georgia, I have practically nothing in common with Meredith Atwood. I’m not a mom, and I’m not an attorney. But thinking about doing a triathlon and then doing it, well, there’s just no way to describe how that makes you feel. You don’t think you can, and then you do. And after you start training like that, you get addicted to it. Your life just isn’t complete if you haven’t gone for a swim lately. And you long for the bliss of a good run or wonder how the scenery has changed on your favorite bike ride. As Atwood imparts, you stop worrying about what your body looks like and start being astounded by what it can do! I just don’t think I realized how emotionally attached I had become to triathlon until I started reading this book. 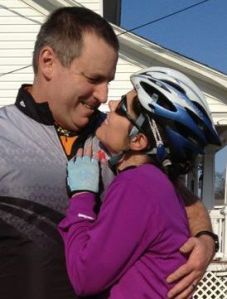 Anyway, now, Craig and I get to enjoy doing it together, and I feel like we should really treasure this time. I think and I hope that the amazing boost I get from triathlon helps me be a better wife. We have other plans for life… and other adventures in the works. But in the meantime, it’s a pretty good ride that we’re on. 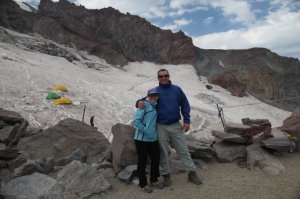 I’ve done so many things in my life now that I *never would have done* if I had not married him. I’m so glad I’ve been willing to go for (and stay on) that ride. I can’t wait to see where we end up!

6 comments on “Ready Whenever You Are, C.B.”