Fun and Food at the Eat a Peach Ride 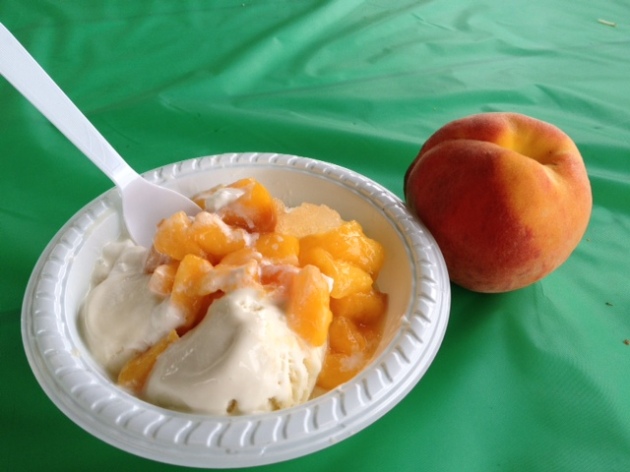 We now have 14 weeks to go until Ironman Arizona; so to break up the lather-rinse-repeat feeling that Ironman training can have – we did a fun ride this past weekend called the “Eat a Peach” ride. It is extremely hilly, in beautiful western Maryland farm country, and has optional distances of 33, 67, and 100 miles. At the end, there is a peach festival, with fresh peaches, peach sundaes, and other yummy food. We had signed up for the 100-mile distance, but we knew that the 67-mile course brings you back to your car, where you can decide whether you had another 33 miles of hills in your legs.

It turns out that I did not. I tried to go out on the last loop, but only made it to 73 miles in the end. My husband, on the other hand, is a maniac, and he went out to do the last 33, only to get lost and to end up completing 106 miles for the day. I did a total of 6,552 feet of climbing, and I think his was around 8,000 feet of climbing. We were both pretty tired after that! The 67-mile loop ends with a really tough hill (most of the hills were between 12 and 15 % grade). I ended up doing the last hill twice, because I turned around early. We definitely felt these hills on Sunday, when we did our swim and run training. We are so thankful that Mondays are rest days! 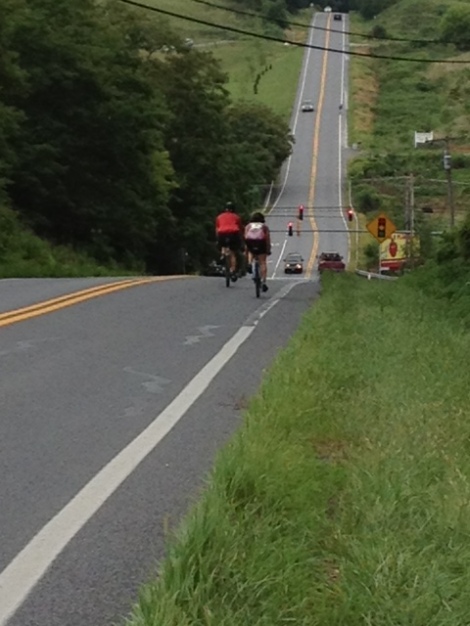 The Opposite of Doping 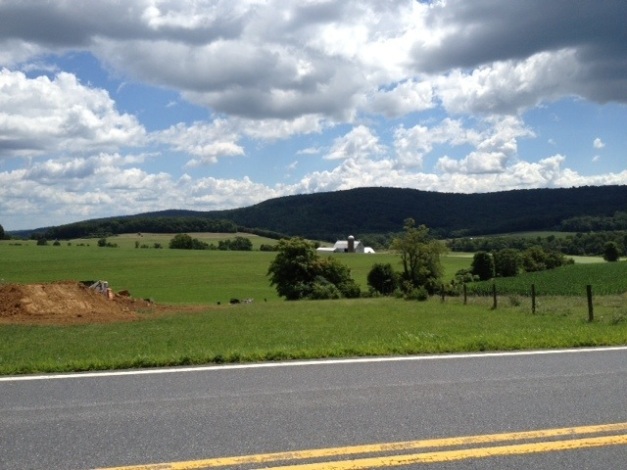 With 15 weeks to go until Ironman Arizona, my husband and I did a 55+ mile bike ride in Thurmont, MD, in the area of Catoctin Mountain Park this weekend. His distance was slightly longer since he was looping around waiting for me some of the time. The views were stunning, and the climbs were challenging. We did a loop two times where the first five miles are nothing but climbing switchbacks. And, throughout this part of both loops, I couldn’t help thinking, “How do those cyclists do this day after day in the Tour?” I guess some people would say that those riders are doping, and I guess that has been true in many cases.

I can tell you that for my recent, mini-epic climbs in Thurmont, I was not only not doping, I was only using half of the natural EPO that the body normally produces. It turns out that natural EPO is produced by – you guessed it – the kidneys. So, only-one-kidney-girl gets an extra gold star for her climbs (that’s what I say 🙂 ).

Here is what Wikipedia says about it:

“EPO, is a glycoprotein hormone that controls erythropoiesis, or red blood cell production. It is a cytokine (protein signaling molecule) for erythrocyte (red blood cell) precursors in the bone marrow. Human EPO has a molecular weight of 34 kDa…” “… Also called hematopoietin or hemopoietin, it is produced by interstitial fibroblasts in the kidney in close association with peritubular capillary and tubular epithelial cells. It is also produced in perisinusoidal cells in the liver. While liver production predominates in the fetal and perinatal period, renal production is predominant during adulthood.”

Wikipedia also says that the kidney will produce more EPO under hypoxic conditions. So, I believe this bolsters my case for us to someday move to Colorado, right? Wikipedia is unwittingly giving me gold stars and good arguments. Thank you, Wikipedia 🙂

Anyway, none of this matters as much as the great fun we had on this ride. The next two weekends promise more climbing and kick-ass downhills in beautiful settings. While we don’t need the hill training for Arizona, it’s nice to have a break from the flats for a while.

Until next time… Ookgirl out. 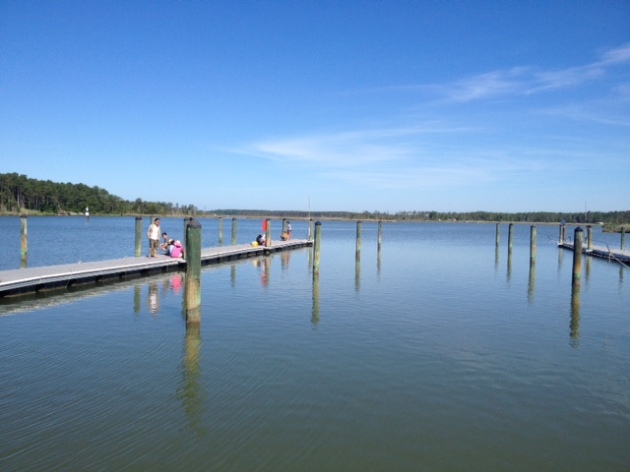 Since my last post, we have done a lot. We had relatives in town and did some sight-seeing in Cambridge, MD, Edgewater, MD, and Smith Island, MD. We also did a 104-mile bike ride (the Bay to Bay Century) in Chestertown, MD, and started our 20-week Ironman training plan!

We actually had 22 weeks to go when we started the training plan, but I wanted to leave us a little wiggle room and also have plenty of tapering time at the end — just in case.

The picture above was taken at Point Lookout, MD — which is where we caught the ferry to go over to Smith Island. It was a beautiful day and an interesting place to visit. But we probably didn’t need to rent the beach cruiser bicycles that we rode around the island. The truth is – it isn’t that big of a place. But we did it anyway — to get the full experience. My husband claimed it hurt more to ride a few miles on the rental bike – than it did to ride 104 on his Felt tri bike the next day. 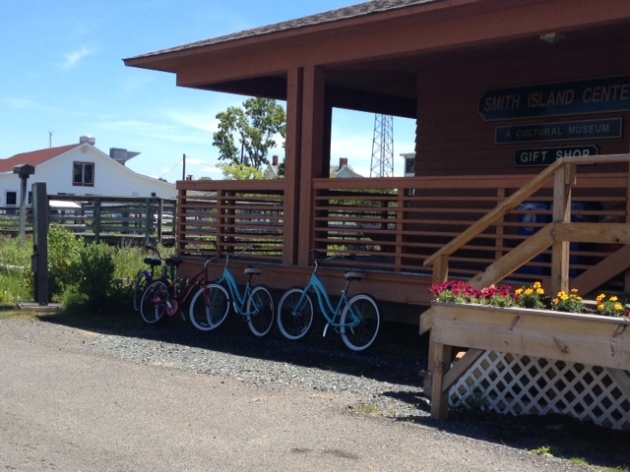 So, even though our training plan did not call for too much more workout-wise than what we normally do — it *felt* like everything was more serious all of a sudden. I felt obligated to **stick to the plan!** We had a rest day on Monday. Then we had a “short swim & short bike” on Tuesday. Wednesday was a “steady run”, and Thursday was a short brick. Friday was a long swim. Today, we had a 2-hour bike. We are going to switch Monday’s rest day to tomorrow (due to schedule constraints) and do our swim/run on Monday. Let’s hope we can stick with it! Sprinkled throughout the 20 weeks, we also have 5 (FIVE!) more century rides planned (a couple of them are metric centuries), one Iron-distance aqua-bike, and one half-Ironman. We might add more stuff. But overall, I’m happy with how we planned out our race schedule. I did not want us to build up too much too soon. And I know how we are… If we had something big in July or August, we might fall off the wagon after that and have to get back with the program. By building slowly toward the fall — I think we will be in better shape. But you never know. Mostly, I think we just need to make sure we get enough rest in between everything else!