According to WordPress, I haven’t posted in 8 months. Yikes!

Well, I wanted to at least check in and celebrate the fact that on Friday, Dec. 9, 2016 – it was my and my stepdad’s pentakidneyversary! Five years ago that day, it worked out that I was able to donate my kidney to my stepdad, and I’m thankful to say that he is still doing well, and so am I! 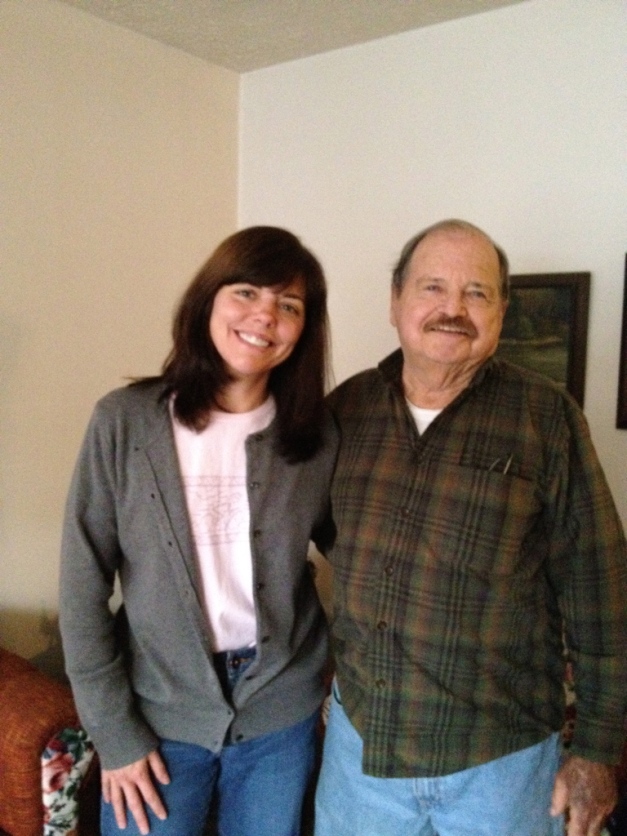 A lot of stuff has happened this year that I’m not too happy about. But that right there is one thing to celebrate! Through this blog, I met another kidney donor and her recipient. We met in the months leading up to their donation. I wanted to be encouraging but not too pushy about it, because donating is really a personal choice. So, I kept my distance a little. Although her donation was ultimately successful, she did encounter some complications in the days after the surgery. It shook me up a bit. She’s fine now and doing many fantastic athletic things. So, I’m really happy that things worked out well for them! But, I also wanted to step back and realize how lucky my stepdad and I were, and that you can’t take anything for granted!

It’s also worth noting for the record that I was successful in my attempt this past June to complete the Great Chesapeake Bay Swim. I’m including a picture of me and my friend, Terese, who faced down the challenge along with me! We had big swells and a lot of wind. But even though it felt like a washing machine much of the time, the wind was going in our favor. And I ended up swimming it 20 minutes faster than I expected! 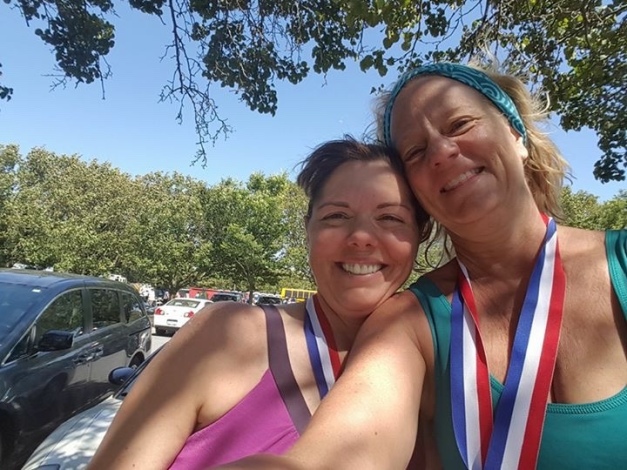 It was my last notable athletic achievement for a while. Unfortunately, while trying to do more longer runs later in the summer, I ended up breaking a metatarsal in my right foot (where I previously had had a stress fracture). And, now I’m fighting a losing battle at trying to make a big black orthopedic boot look fashionable. I am honestly not sure if I will return to long-distance running after this. Maybe I will become an aquabike girl. There are more races these days that offer aquabike (swim-bike) as an option. It’s not as prestigious, but at least you’re doing something! I’ve always said that ‘the run is the thing’. After all that swimming and biking, it’s on the run that people really show what they’re made of. But, alas, maybe it’s not my thing. We shall see…

In closing, I just want to say one thing… In 2016, I felt like I lost myself a little bit. But I hope to find myself again in 2017. Some crazy things happened in 2016, and I feel like life has been out of control. I’m glad the Cubs won, and I’m happy for my Army friends that Army finally beat Navy. But other things were topsy turvy, and I was no exception. I’m turning that around, though!

I leave you with a jumbled mix of old, melancholy, sad, new, upbeat, happy, emphatic songs. Reflective of my moods lately. Maybe I should rename this post moodygirl  🙂