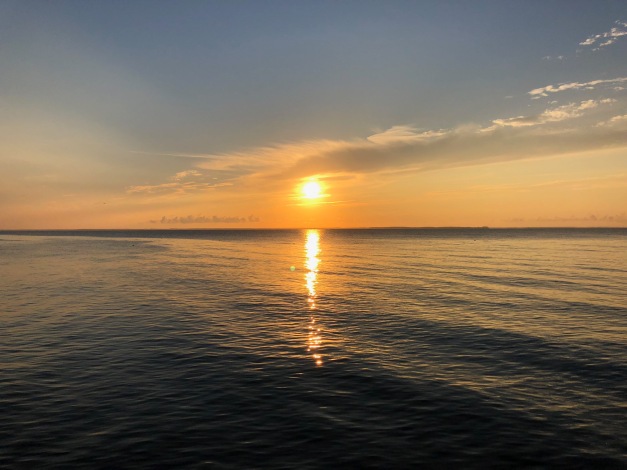 I didn’t want to write this blog post, but I felt obligated to level with you and let you know about something that happened to me… It’s not a huge thing, but it’s not a small thing. I’m not sure of the proper way to describe it. But if you’re a fellow ookster (i.e., an only-one-kidney -ster), it’s only fair for me to let you know that I’m not completely impervious. Yes, I’ve been going along with just one kidney — happy as a clam, no complaints. But recently, I had a bit of a health scare that I thought I should share.

Impervious means, “not allowing fluid to pass through.” But it also means “insusceptible.” I think those two meanings are interesting here, since the kidney is meant to filter the blood from its impurities, while also regulating the blood pressure, the pressure of the blood as it flows through the body. It turns out that my lone kidney… the one I should be thinking of always, and protecting, since I gave away its partner and asked it to soldier on alone… is not insusceptible… and it suffered a little recently.

Just over a month ago, I got a bladder infection, which was treated with antibiotics and–supposedly– went away. But then,  two weeks ago, I ended up in the emergency room with severe “flank pain” on my right side. As you may recall, it was my left kidney that I gave away. So, I was pretty sure the pain was from my lone, right kidney. I wasn’t sure if it might be a kidney stone or something else. But it was p r e t t y   d a r n   p a i n f u l !!

They did a CT scan and did not see any kidney stones. But they did see inflammation and some other indications that I probably had a kidney infection. It’s not clear if this was a progression of the bladder infection or a new infection. But I think it was the former.

Kidney infections (or any infections in the urinary tract) can be quite common. For most people, it is a minor inconvenience. You go to your doctor, get your antibiotics, and go on your merry way. But for an ookster, it can be a little scary, because you don’t want to damage the only kidney you have.

They kept me in the hospital for two nights and ran intravenous fluids through me at a swift pace, as well as intravenous antibiotics. Then, they sent me home with more antibiotics and probiotics. (I had all the biotics, people!) … After a few days, I was back to normal … for the most part. (Hey, was I ever normal?)

My consolation prize from all this (besides a renewed desire to take friggin’ better care of my kidney!) was high blood pressure. We aren’t sure if it was just caused by the original infection (my blood pressure had always been normal before then.) But it has stayed high since that first infection, and my primary care physician finally decided to put me on medication for it.

In fairness, it’s worth noting that high blood pressure runs in my family, and –by personality– I’m pretty high-strung. So, I probably had the makings of this condition, ookster status notwithstanding. Still, it makes me feel a little defeated. My doctor says we will see how I do on the medication. And with my healthy lifestyle (exercising, avoiding alcohol*, avoiding salt, drinking lots of water, etc.) – perhaps I can get off the medication down the line.

So, let this be a lesson from your Auntie Jenn… If you only have one kidney, and you think you might have an infection anywhere in your urinary tract – run, don’t walk, to your doctor’s office and get checked out. It’s not worth taking a chance on this small, but big, thing.

*Oh yeah, avoiding alcohol… I’ve been doing that for the most part since we returned from Vermont. It was something I wanted to do anyway. And now, I have an even better reason to. All that craft beer and the occasional glass of wine or margarita will just need to be enjoyed by other folks, preferably those with strong livers and two kidneys 🙂

“Something’s wrong when you regret

Things that haven’t happened yet.

Without the feeling of alarm.

Now’s the time to be alive

To stay awake with me awhile. 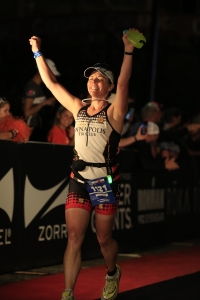 In one of my long-ago, previous posts, I wrote about my decision to try an Ironman-distance triathlon and how I wanted it to be something I had decided to do emphatically. None of this ‘maybe I will,’ or ‘it might be cool.’ … No. I wanted it to be an absolute, resolute, unwavering, ‘yes, I’m going to do that [exclamation point!]’ But that’s not really how it happened. Unlike my almost automatic decision to donate a kidney to a loved one, the Ironman idea had to be pondered and realized over time.

The truth is, I’m not really an assertive person, in general. I’m very much on the subtle side of things.

Those who have been following this bog might wonder how my last foray into Ironman-itude went. It’s true, I didn’t rush back here to write a race report for you. I guess you can guess that it wasn’t my best race. But I did finish it!!! It took me a while to be happy with that result. As much as I don’t want to tell anyone my finish time, I’m really happy I can tell people that I did that race.

Ironman Lake Placid is no joke. The funny thing is, its difficulty seems to be just as subtle as I am. The swim is gorgeous and luxurious. The bike is beautiful and challenging. You love it and can’t wait to do the loop again… until you do it again. Then, it sneaks up on you, and you’re on the run, and you can’t understand why you have no legs and your stomach is upset. At least, that’s how it was for me. It’s so hard to tell how hard it is, that you don’t even know until it’s too late.

So it was that, and I didn’t train enough. But mostly that.

Now, I once again find myself in a position where I wish I could be assertive, …emphatic, …automatic. Some decisions feel like they should be that way, and yet they’re not. I don’t know why.

I’m such an incredibly lucky and blessed person. I have everything I could possibly need, and more. My cup is totally spilling all over the ground with opportunity, and love, and good fortune. How can a person know what to do in such a ridiculous situation?!

In the meantime, my husband and I are still planning (and training) to do Ironman Maryland in a few weeks (Oct. 3, to be exact).

At this point, Ironman training is just a way to keep my mind off things. So, while I’m avoiding assertions, I’ll provide a schizophrenic playlist for you. It’s starts out bold and brash and booming, and ends slower, subtler, …more like me, but less like I want to be. Try listening to the first and last song just for fun, and you’ll see what I mean.

Rest with me awhile as I drift closer to sleep…